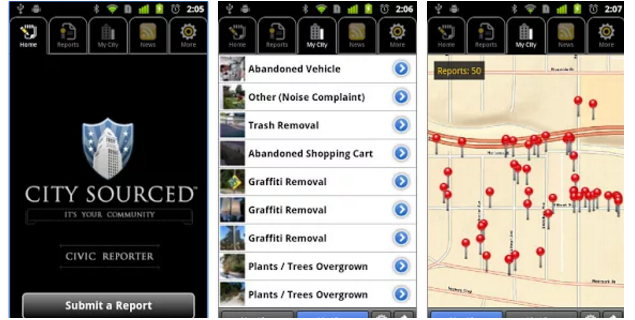 CitySourced is a real time mobile civic engagement platform empowering residents to identify civic issues (public safety, quality of life, & environmental issues, etc.) and report them to city hall for quick resolution; an opportunity for government to use technology to save time and money plus improve accountability to those they govern; and a positive, collaborative platform for real action.

At TechCrunch50, CitySourced was named of as one of three runners-up, also known as a TechCrunch Finalists.

The functionality of CitySourced is:

As of 2014, the application covers 40+ million users and has been deployed and contracted directly with governments in 7 countries, including United States, Canada, Australia, Panama, United Kingdom, United Arab Emirates, and Bermuda.