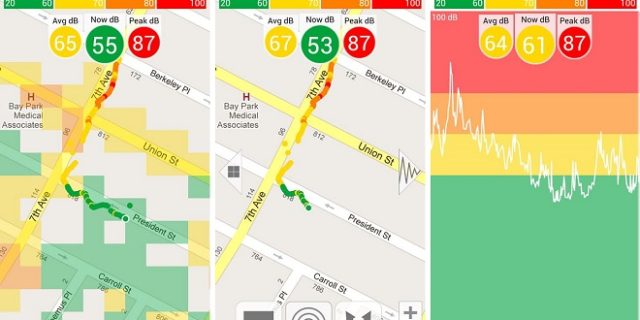 AirCasting is an open-source, end-to-end solution for collecting, displaying, and sharing health and environmental data using either a smartphone or a specially designed device called AirBeam.

By documenting and leveraging health and environmental data to inform personal decision-making and public policy, the objective of this platform is to empower citizen scientists and changemakers. The project was initiated in 2010 by HabitatMap, a non-profit environmental health justice organization aiming to raise awareness about the impact of the environment on human health.

The health and environmental data collected by AirCasters can be filtered and displayed on the AirCasting website maps using one of two views: “CrowdMap” and “Sessions”. Use the tabs on the filter menu located on the right hand side of the screen to toggle between the two. The CrowdMap view is the default.