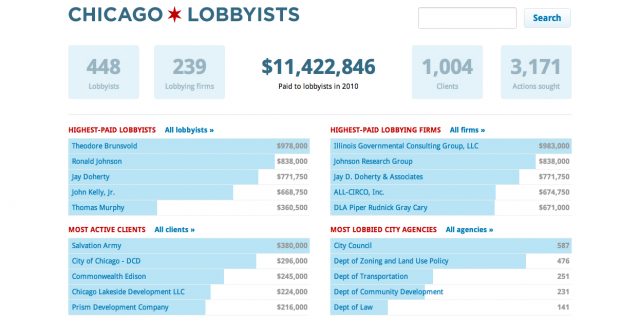 This site is built with Ruby, PostgreSQL and uses the Sinatra web platform. It is hosted for free, courtesy of Heroku.

This site is for anyone who is interested in how lobbyists interact with Chicago’s government. It could be used in the following ways:

The website can be used by the City of Chicago, its citizens, as well as lobbyists and their firms.