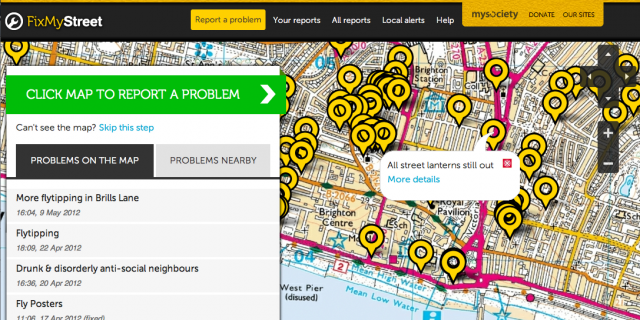 FixMyStreet is a site to help people in Great Britain report, view, or discuss local problems they’ve found to their local council by simply locating them on a map. It launched in early February 2007.

FixMyStreet is primarily for reporting things which are broken or dirty or damaged or dumped, and need fixing, cleaning or clearing, such as: