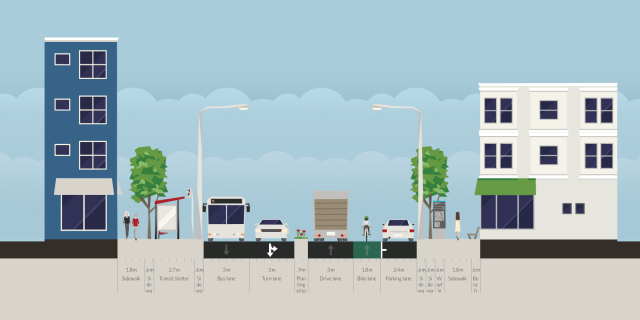 When city planners seek input from community meetings from the public on streetscape improvements, one common engagement activity is to create paper cut-outs depicting different street components (like bike lanes, sidewalks, trees, and so on) and allow attendees to reassemble them into their desired streetscape. Planners and city officials can then take this feedback to determine a course of action for future plans. By creating an web-based version of this activity, planners can reach a wider audience than they could at meetings alone, and allow community members to share and remix each other’s creations.

The goal is to promote two-way communication between planners and the public, as well. Streetmix intends to communicate not just feedback to planners but also information and consequences of actions to the users that are creating streets.